1. We the undersigned, acting by authority of the German High Command, hereby surrender unconditionally to the Supreme Commander, Allied Expeditionary Force and simultaneously to the Supreme High Command of the Red Army all forces on land, at sea, and in the air who are at this date under German control.

2. The German High Command will at once issue order to all German military, naval and air authorities and to all forces under German control to cease active operations at 23.01 hours Central European time on 8th May 1945, to remain in all positions occupied at that time and to disarm completely, handing over their weapons and equipment to the local allied commanders or officers designated by Representatives of the Allied Supreme Commands. No ship, vessel, or aircraft is to be scuttled, or any damage done to their hull, machinery or equipment, and also to machines of all kinds, armament, apparatus, and all the technical means of prosecution of war in general.

4. This act of military surrender is without prejudice to, and will be superseded by any general instrument of surrender imposed by, or on behalf of the United Nations and applicable to GERMANY and the German armed forces as a whole.

5. In the event of the German High Command or any of the forces under their control failing to act in accordance with this Act of Surrender, the Supreme Commander, Allied Expeditionary Force and the Supreme High Command of the Red Army will take such punitive or other action as they deem appropriate.

6. This Act is drawn up in the English, Russian and German languages. The English and Russian are the only authentic texts.

IN THE PRESENCE OF:

A.W.Tedder
On behalf of the Supreme Commander, Allied Expeditionary Force

At the signing also were present as witnesses: 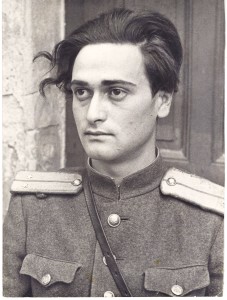